No Result
View All Result
NEWSLETTER

After a positive Coronavirus case is found in an area, that particular geographical location is sealed and is announced as the containment zone to contain the spread of the virus

Containment zones are the areas completely sealed by the district administrations after coronavirus cases were found in the locality. Among the four new zones, one is in the Central district, while three in the West district, according to a list issued by the city government.

As per state Health Ministry, there were 85 fresh cases of Covid-19 reported on Monday, taking the total tally to 1,154. Five deaths were also reported in the national capital in the last 24 hours. Delhi remains to be one of the worst-hit Coronavirus states after Maharashtra and Tamil Nadu. 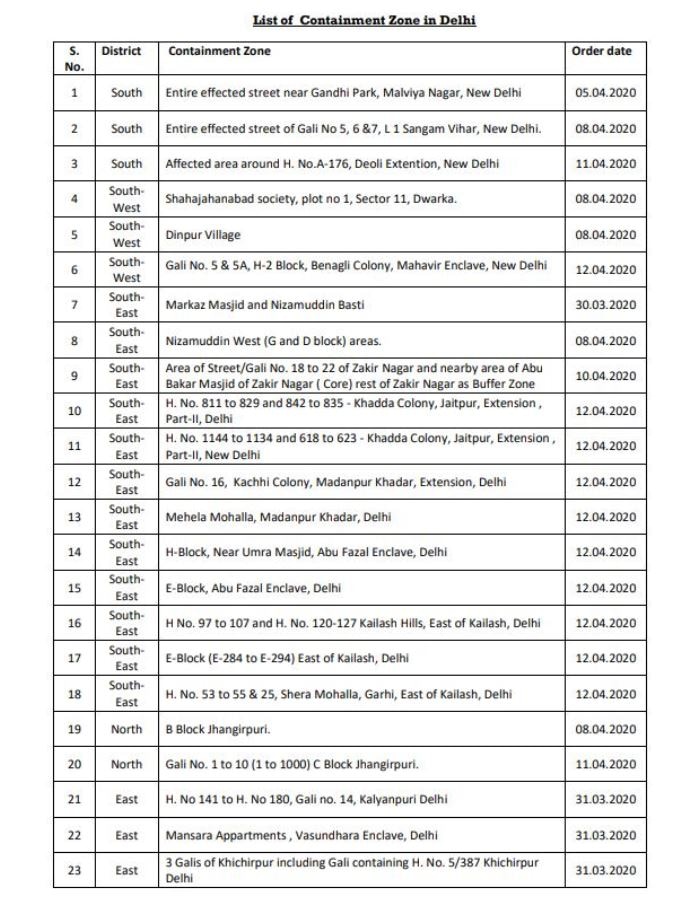 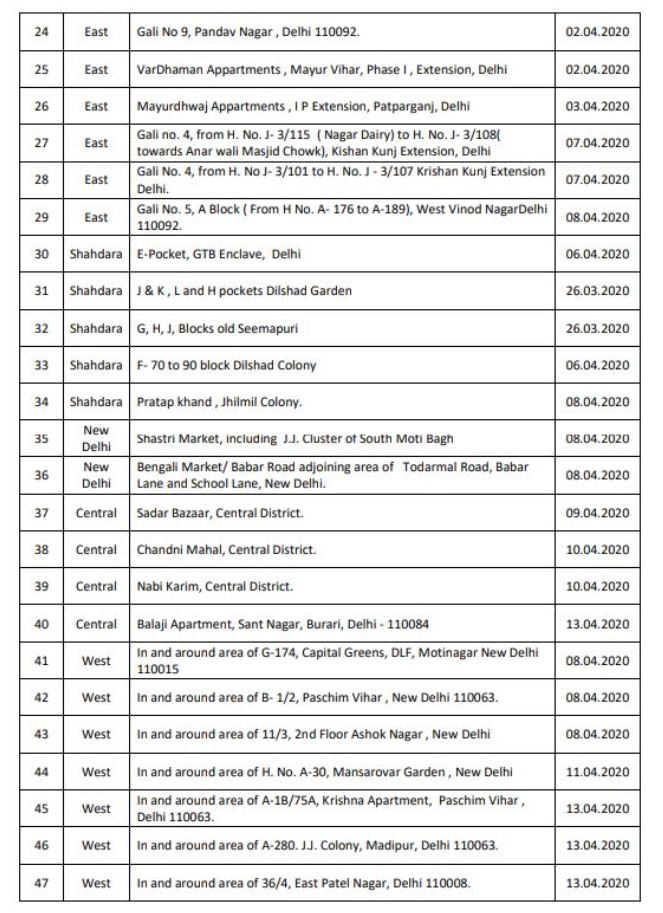 In the Central district, Balaji Apartment, Sant Nagar, Burari, has been declared a red zone. On Sunday, 10 new red zones — one in the South West District, and nine are in South East Delhi — were announced.
AAP✔@AamAadmiParty

Disinfecting public spaces is a key measure against the novel Coronavirus.

The Delhi govt has procured state of the art machinery and equipment to undertake massive sanitation drives across the city.

After a positive Coronavirus case is found in an area, that particular geographical location is sealed and is announced as the containment zone to contain the spread of the virus.
Arvind Kejriwal✔@ArvindKejriwal

The containment zones — created to map the local transmission of the disease and prevent the contagion from spreading — are announced by the office of the district magistrate.It completely shuts the movement of the common people with the authorities taking care of essential supplies. The area and the houses in it are sanitised properly.

Coronavirus Lockdown: 19 Indians Stuck At Dubai Airport For 3 Weeks; Unable To Fly Home Due To Restrictions

Private offices can open but only 33 per cent of the work force will be allowed. These would include IT...

With most trucks stranded after fresh curbs at Capital's entry points, stocks at veggie & fruit hub dwindling, biz down...

An earthquake of magnitude 3.5 with epicentre in Delhi shook the region, prompting panic-stricken people to rush out of their...

The lawyers' body said now that restrictions are likely to continue after the first phase of coronavirus lockdown ends on...

The Delhi Police Crime Branch on Saturday arrested Ashu Khan, a local leader, for instigating violence amid anti-CAA protests in...

The total reported cases of coronavirus in Delhi are now 445. Among these, 15 have recovered and 6 have passed...

Coronavirus Lockdown: 19 Indians Stuck At Dubai Airport For 3 Weeks; Unable To Fly Home Due To Restrictions

Test that can detect coronavirus in 5 minutes; courtesy Abbott Labs

© 2019 Timesdelhi - Editorial News from across IndiaTimesdelhi.